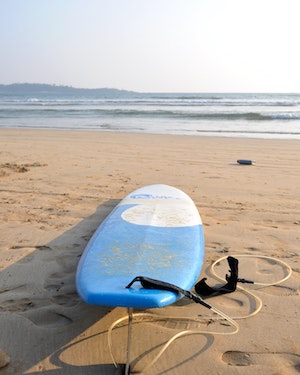 Jason “Jay Bird” Marler Chase (64) of Franklin, Indiana passed away in his home on March 19th, 2021 after a dauntless 14 year battle with cancer.

Jason was born on September 14th, 1956 to Jackson and Nancy Chase in Atlanta, Georgia. After graduating from Bolles High School, Jason attended James Madison University in Virginia. He then returned back to his home in Florida to pursue his life-long passion for music. Throughout his music career he was in three bands: Synergy, Woody Brothers, and The Roosters.

Besides always having a guitar in his hands, Jason was known as an avid surfer. Even during his battle with cancer he would always find a way to write some tunes while reminiscing about his surfing days.

Jason is preceded in death by his father Jackson Chase Jr. and his mother Nancy (Peeples) Chase.

He was known for liking many quotes, but the one that always came to mind was “All things must pass”. The family will always remember Jason with the Bible verse Psalm 49:4 and the following prayer:

Heavenly Father, I thank you for the gift of music. I listen carefully to many proverbs and solve riddles with inspiration from my instrument. I thank you because playing music has allowed me to gain clarity in life and has helped me to enforce truths that You have opened my eyes to.  Music is just one way that I enjoy worshiping You. I thank You for this gift that You have given me. I do not take it lightly. Amen.

There are no services at this time.

In lieu of flowers the family asks that people make a donation to the American Cancer Society in Loving Memory of Jason.

To send flowers to the family or plant a tree in memory of Jason "Jay Bird" Marler Chase, please visit our floral store.